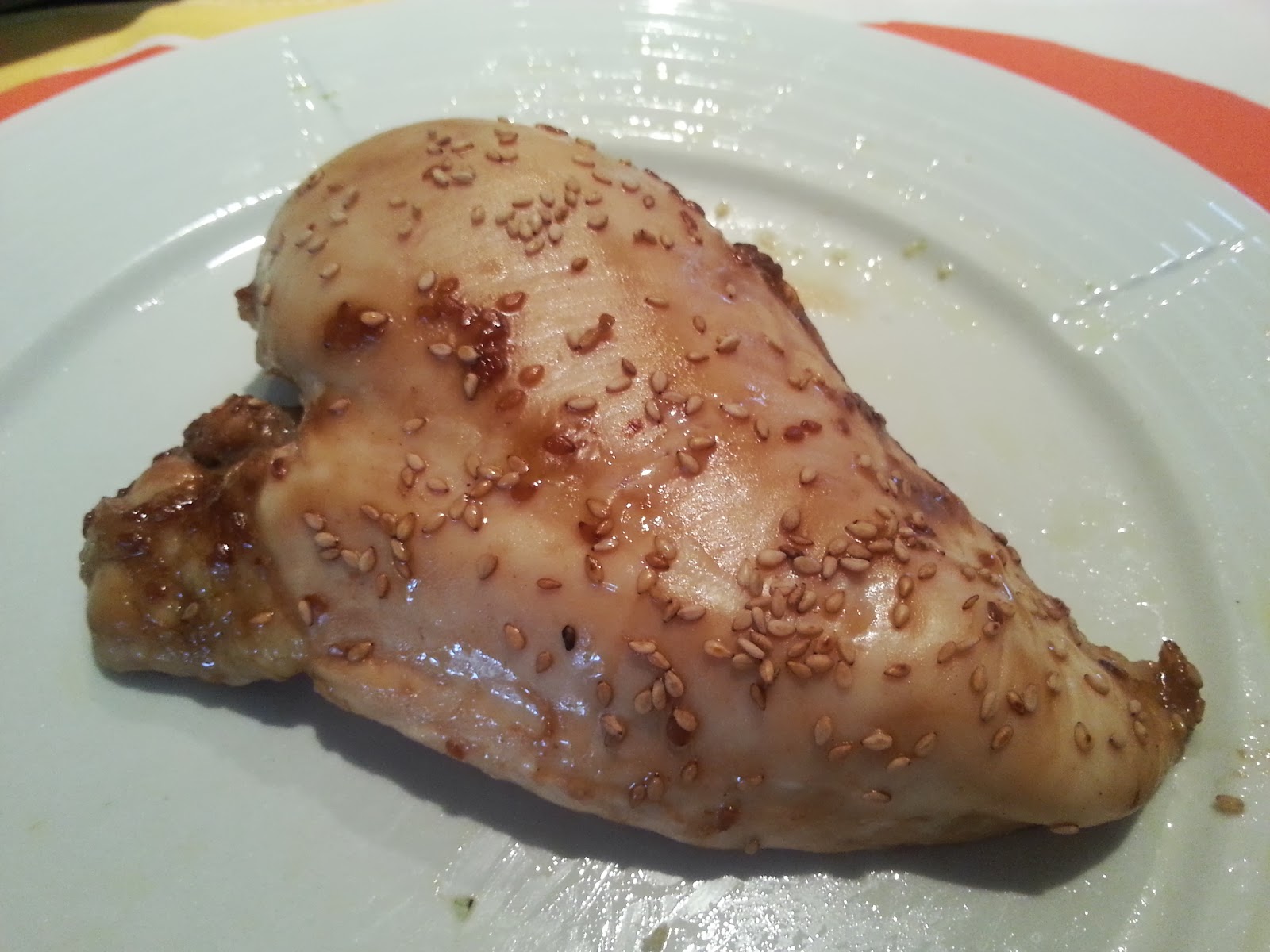 One of my favorite and probably the most simple ways to spruce up chicken is to simply marinate it in salad dressing. Sometimes I'll top it with cheese, sometimes I won't. There are a ton of variations that I've tried and will try that I'll surely share with you in the future.

This variation came about as I was just walking through the aisle at the supermarket looking at the dressings. I saw the whatever dressing and was thought it sounded good and different from what I usually make (which usually leans towards Irish or Italian). That and stir frying is quite terrifying of a concept to me as well as ridiculously time-consuming.

While I was getting ready to prepare the chicken I was like, "dang (okay, let's be serious, I probably did not use the word 'dang' in my head), it would be really awesome if I had sesame seeds. I should have gotten some!" Then in a stroke of brilliance I realized I should check my spice rack (I usually only use the cinnamon, garlic, basil and garlic salt) and lo and behold, I actually did have some. If you don't have any, I'm sure your chicken will be just as good. I don't think it added any flavor, it was just a nice touch, but I could be totally wrong cause I really don't know anything about cooking, which I mentioned previously. 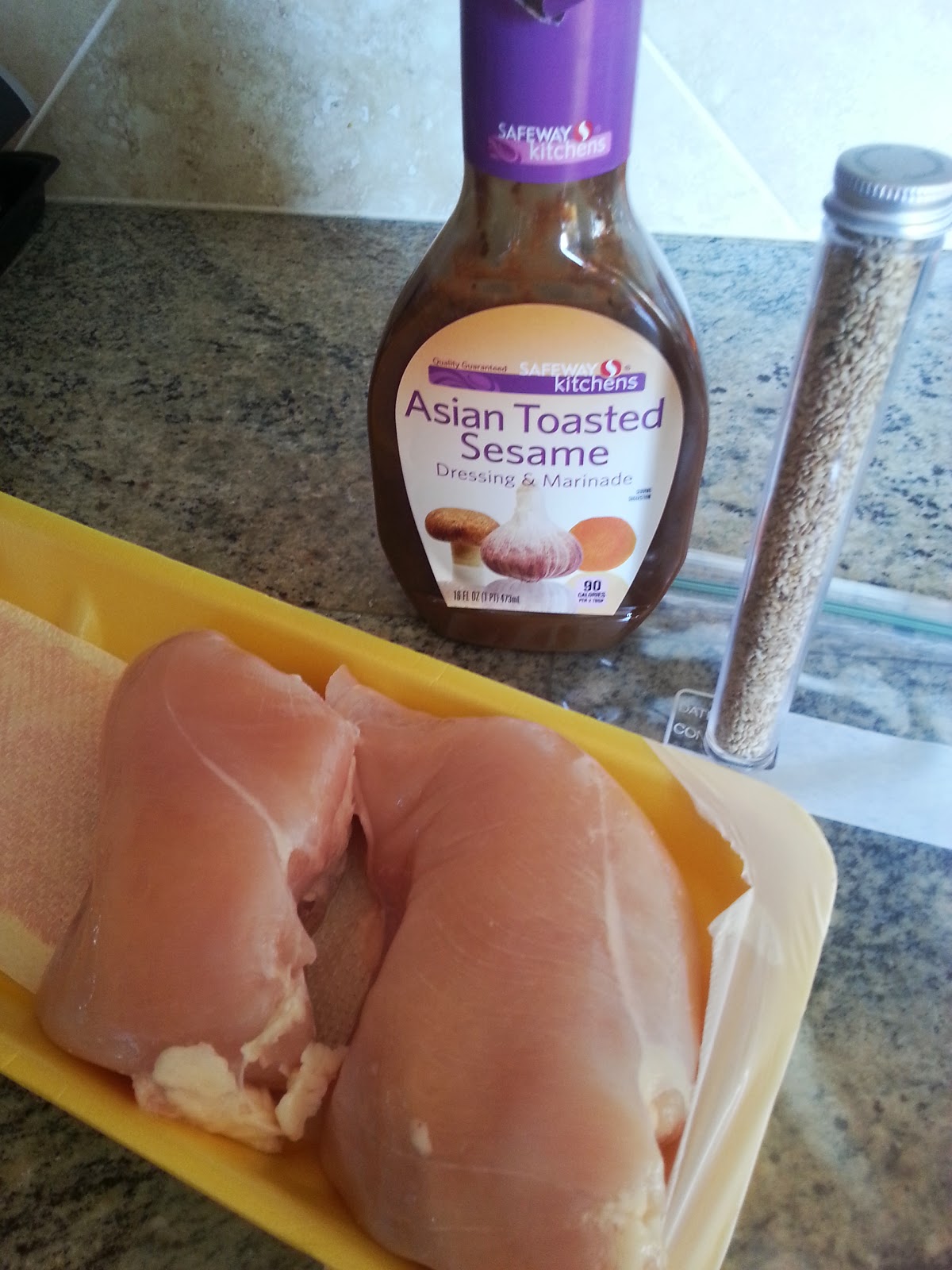 Wash the chicken and remove any excess fat. Pour dressing into a large plastic zip locking bag. Place chicken in bag, shake a bunch until the chicken is covered and then let it sit in the fridge for 30-45 minutes (or longer, it doesn't matter).

Remove chicken from bag and place into a glass baking dish. Top with sesame seeds. Bake for 20-40 minutes, depending on the size of the chicken breasts. 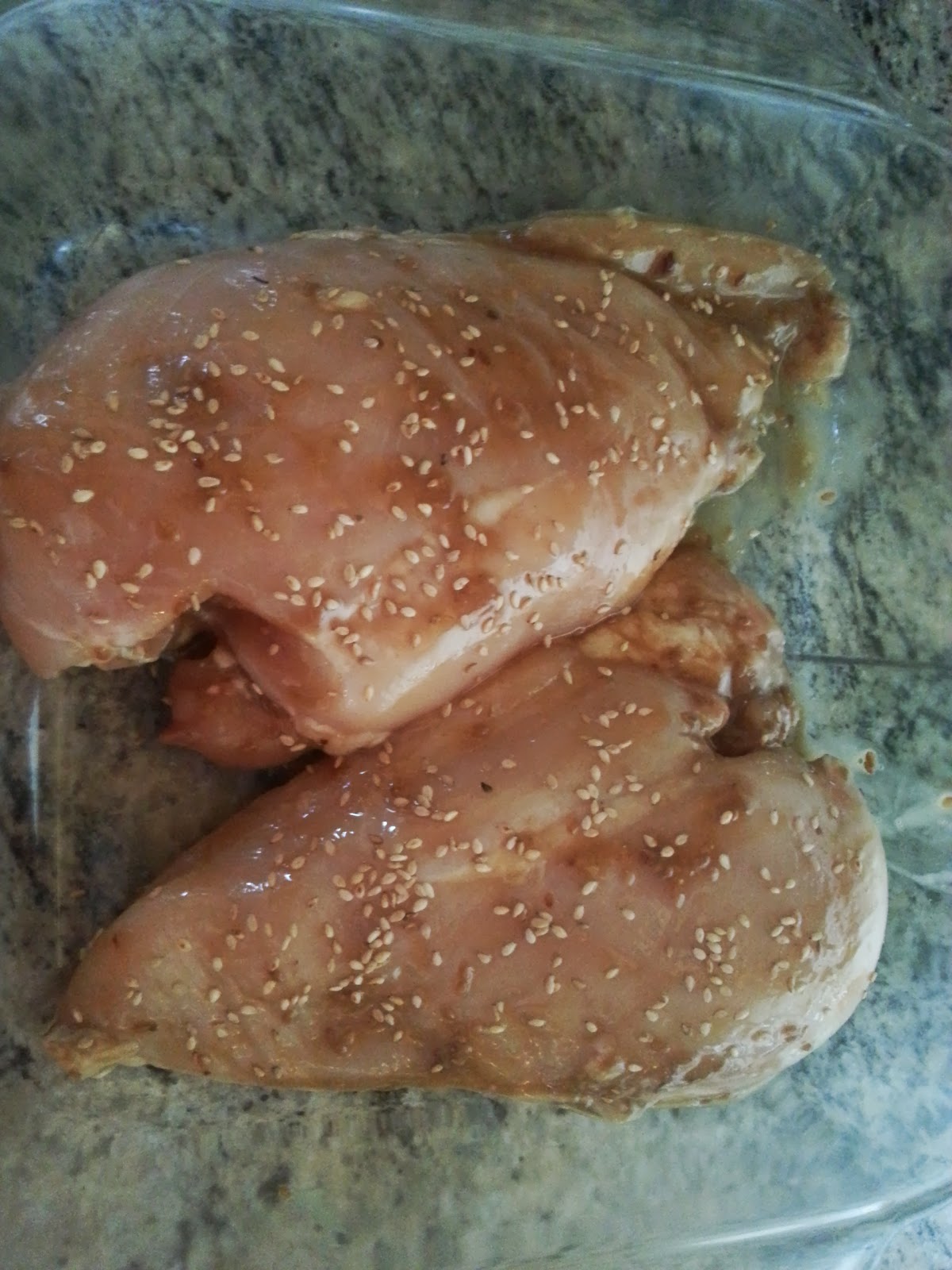 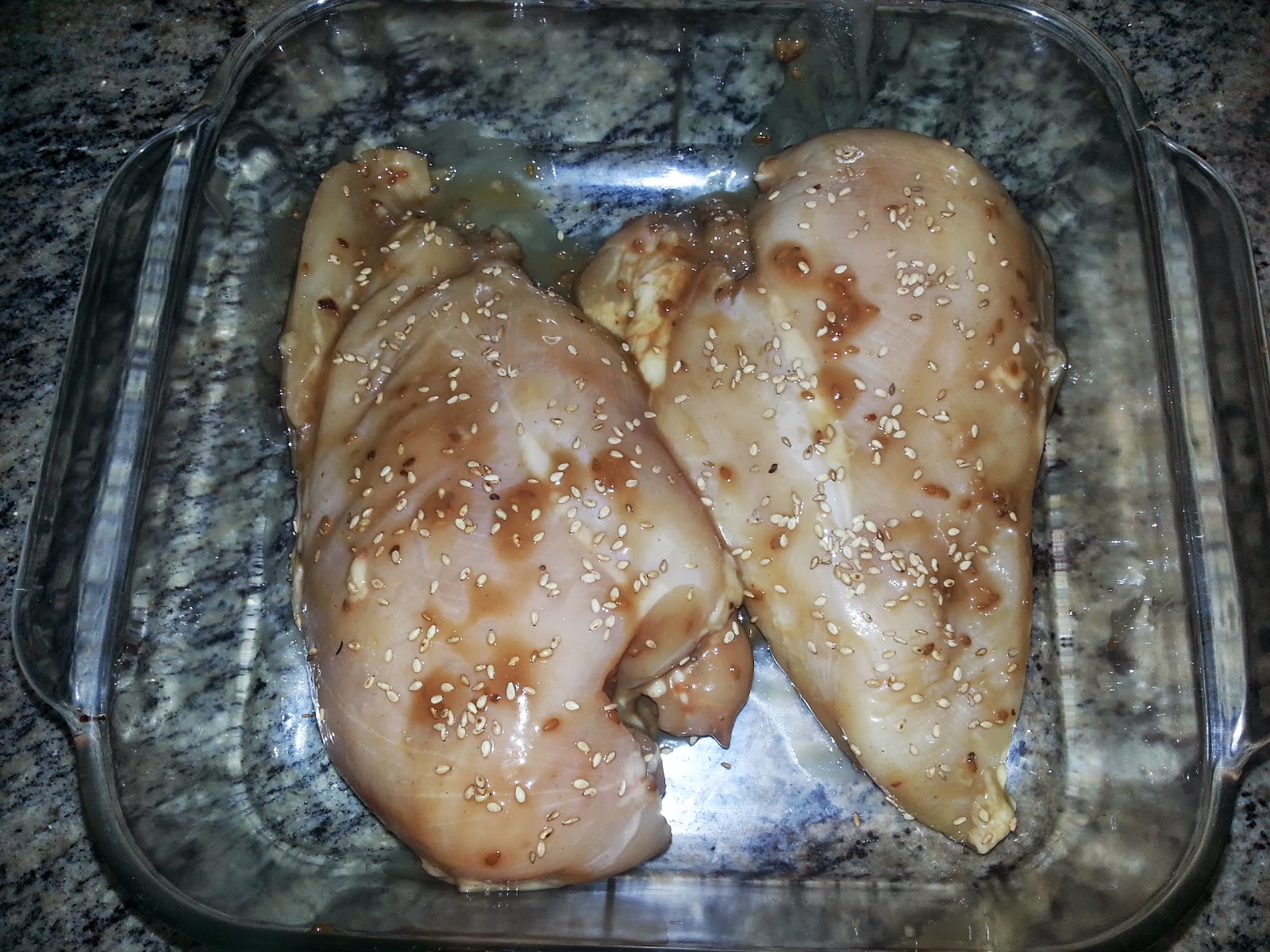