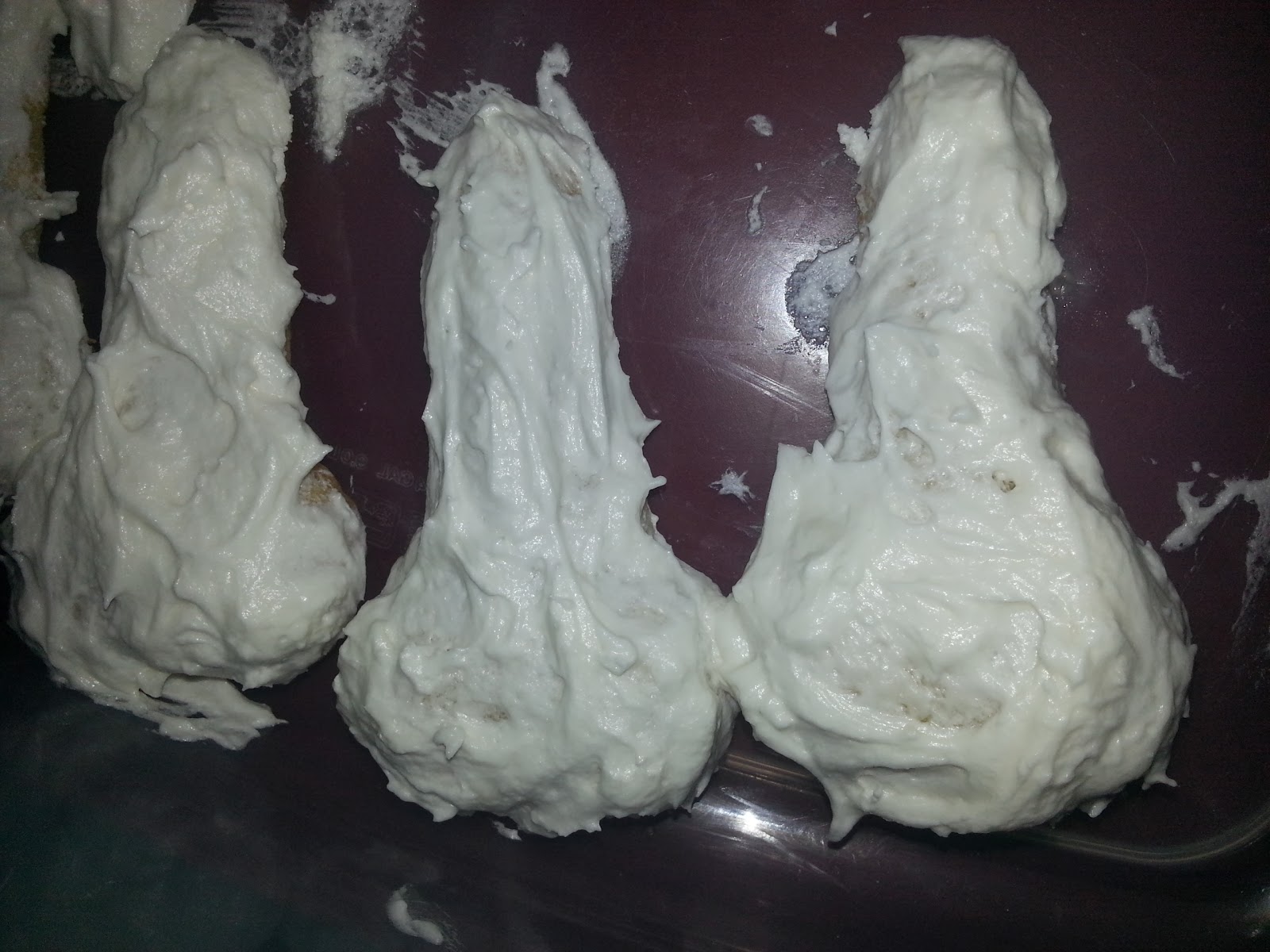 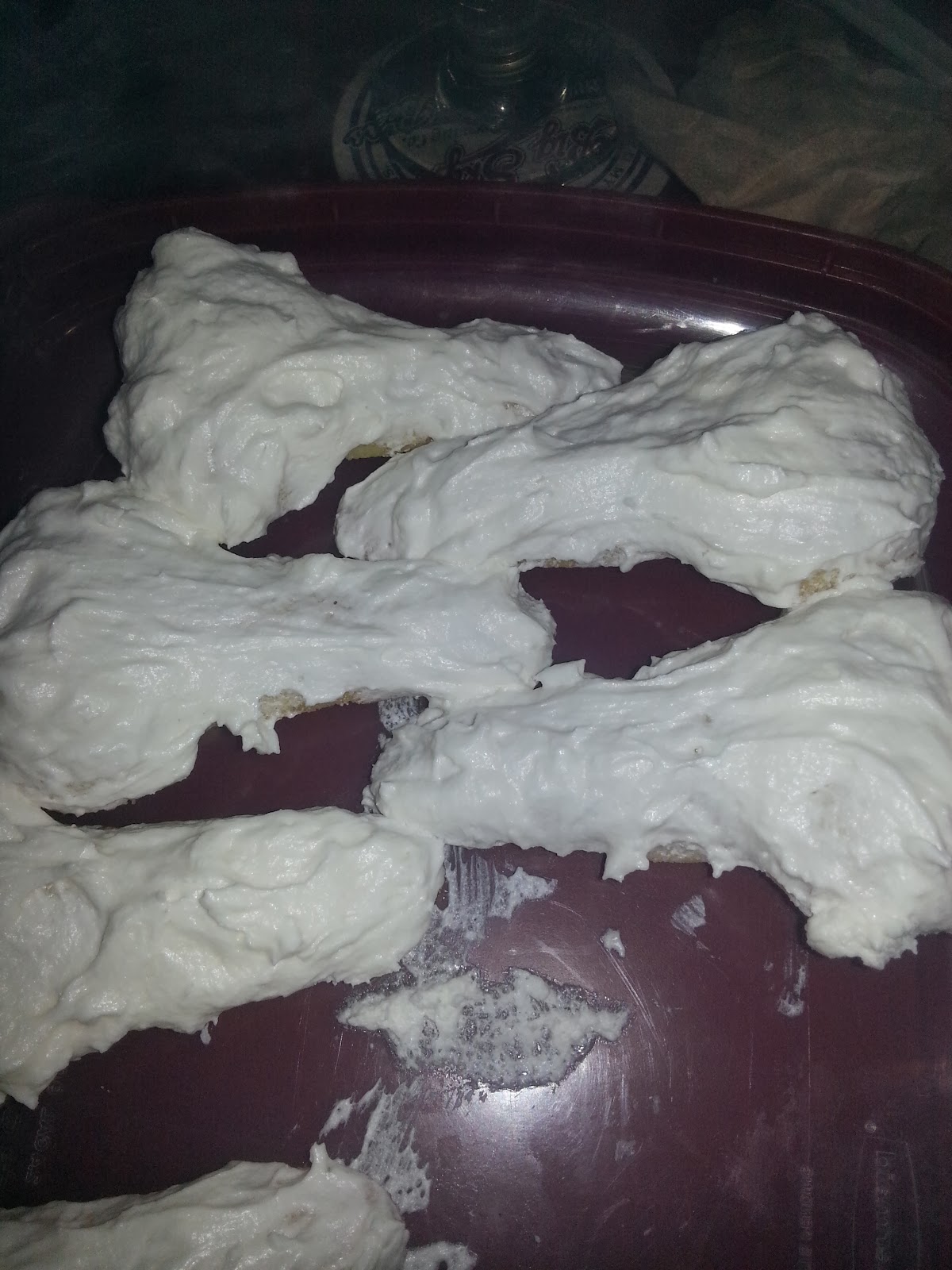 Well, actually, I guess it doesn't matter because my mom hasn't quite managed to figure out how to read my blog, but I'd like be prepared if and when that day does ever come.

As I have mentioned before, I play trivia at a local bar almost every week with a group of friends. The particular bar doesn't serve food, so I started to bring some sort of baked good with me every week for my friends and I to snack on while play. Every week I try to bribe our Quizmaster into giving us extra points. It never works, but I guess it's still nice to share.

Every now and again the Quizmaster will announce a contest for the next week. The week before Valentine's Day he announced that he would give a prize to the person who brought in the best Valentine. While I actually despise Valentine's Day and pretty much refuse to recognize it, I knew I couldn't resist this one, because I had an awesome idea...penis cupcakes.

I used the same recipe as for the Vanilla Cupcakes with Vanilla Buttercream Frosting, but this time, I used some lovely penis molds instead of the normal muffin tin. But for the Quizmaster, I used food coloring to make his cupcake pink and used sparkly white icing to decorate. The results were amazing...and delicious. 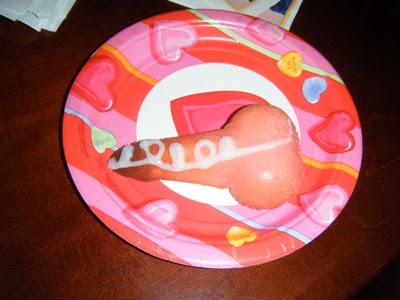 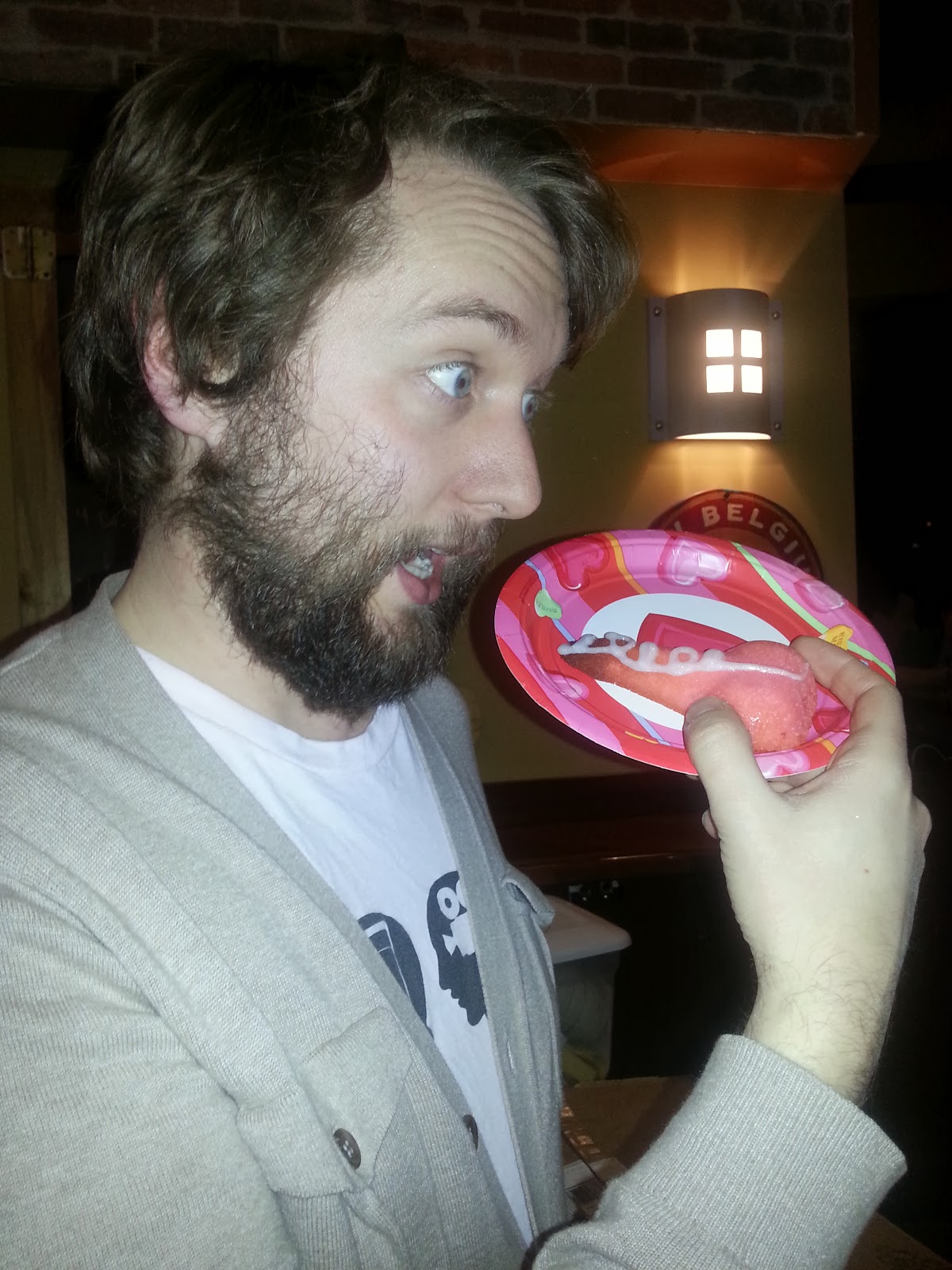 And yes, I did win the prize for best Valentine! Here's a pic of me rocking the prize crown with my team: 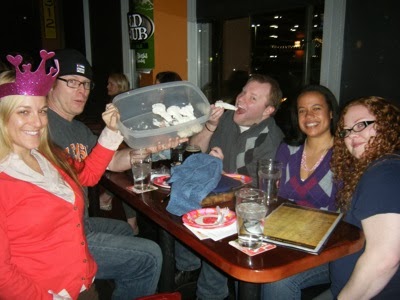 Also, I really enjoyed going around asking people at the bar if they would like to eat a dick =)